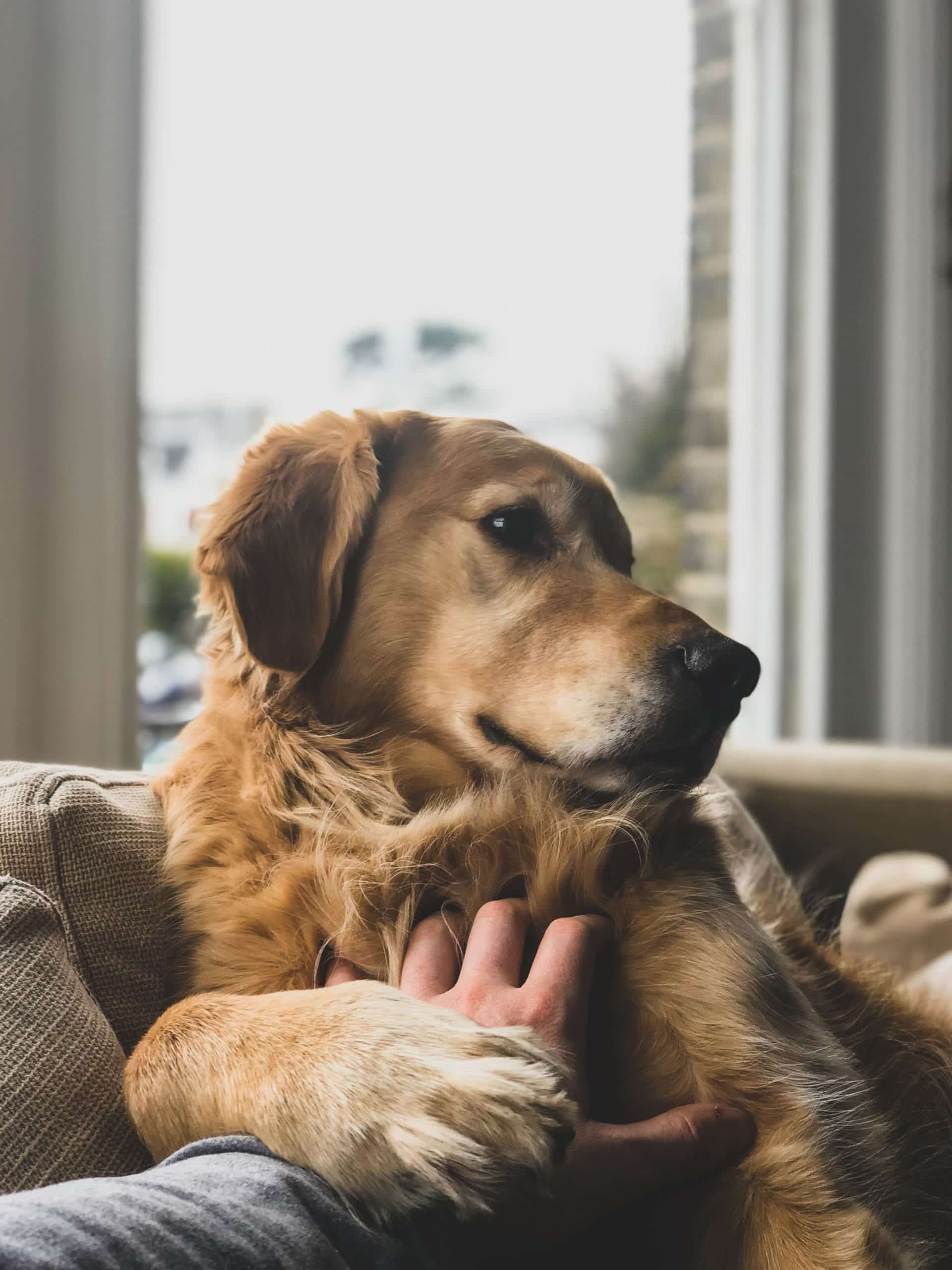 A deep dive into a dog’s psyche

Last week, my friend Kevin called to seek my advice about a distressing incident involving his dog, Sammy. He and his wife were walking Sammy, their 10 year old Mini Aussie, on a hiking trail not frequented by many people. On their way home, they came across an elderly man walking his Golden Retriever. Suddenly, the Golden Retriever became reactive and lunged at Sammy. The elderly man couldn’t control his dog and had to let go of the leash. Within seconds, the Golden Retriever fiercely latched on to Sammy’s neck, shaking him like a rag doll. Kevin and his wife intervened but it took tremendous effort to stop the attack. They rushed Sammy to ER where he underwent surgery to close the wounds. He was pretty severely beaten up, but he survived and is recovering at home.

Kevin wanted to know how this could have happened. He thought Golden Retrievers were such a gentle breed. He was stunned that a dog would attack Sammy in the first place, as it was totally unprovoked. Kevin’s wife and children were justifiably traumatized by the event and felt terribly sorry for poor Sammy.

We talked for awhile about what could have precipitated this event. I explained that dogs often pick up on the weakness of their owners, whether it be psychological or physical weakness. Dogs are less evolved as a species than we are. They don’t moralize, intellectualize or rationalize. They are instinct driven, pure and simple. Furthermore, there’s no knowledge behind instinct, only reaction.

With this in mind, we have to realize that before being a specific “breed,” a dog is still a dog. In my 20year career as a dog behaviorist, I’ve dealt with aggressive Labrador Retrievers, soft and affectionate Cane Corsos, and everything in between. Although some breeds are hardwired to practice certain behaviors, in the end, they are all dogs.

We will never know what was really going on in the mind of Sammy’s attacker but I have my suspicions. It’s possible that the elderly man, who was quite feeble, was seen as weak from his dog’s perspective. It could be that this was exacerbated by the Golden Retriever having the run of the house and yard. The Golden might practice pushy behavior in the home which is inadvertently rewarded by his owner. He may spend his days disrespecting his owner’s personal space by laying on top of him, leaning against him, or jumping on him without consequence. All of these behaviors can lead to a dog becoming overly protective. In cases like these, the dog senses a leadership void in the home, and “steps up” because he feels obligated to do so.  In his mind, the Golden may have perceived Sammy as a threat, just because he had conditioned himself to protect his owner.

Add to this scenario that Sammy is a senior dog. In the animal kingdom, many species will attack or even execute the weak, elderly, sick or disabled members of their pack for the sake of the pack’s survival. It’s a hard concept for us to accept as humans, but it’s very real. We humans will lay down our lives for each other. We will even risk our lives to save members of other species. This is one of many traits that separates our behavior from that of other animals.

Ultimately, a dog’s behavior is largely contingent on the dynamics of the relationship he has with his owner. If a dog sees his owner as a follower, and not a leader, dangerous behavior can ensue. If we want to set our dogs up to succeed and not fail, we must lead. There is no other way.

If you suspect a leadership void in your own home, there are steps you can take immediately to turn the situation around. Subtle changes in how you interact with your dog can result in huge improvements in his behavior. The key is to begin thinking like a dog! Once you see things from your dog’s perspective, the reason behind his poor behavior will become much clearer.

Dogs figure out who’s in charge of their “pack” very quickly. Every living creature in your home is a member of your pack. We inadvertently give our dogs cues as to what position we play in the pack by what we allow.

Let me explain. In their natural world, animals follow the strongest and most dominant pack member. When you see a flock of birds, they aren’t flying behind the most loving and affectionate bird! Instead, they are flying behind the bird whom they deem to be the most trustworthy to lead them. The ultimate goal of every species is to survive. Love won’t get them there, but leadership will.

Massive amounts of unearned affection will take your dog down the road to ruin in short order. When we give our dogs “unearned” affection, it’s our way of showing them we love them. But from their perspective (and remember, that’s all that counts!) they’re getting something for free, a concept that is foreign to them. Add to that the fact that we are in a soft, emotional place when we give affection. From the dog’s perspective, people with soft and/or weak energy won’t be seen as authority figures, nor can they be trusted to lead, guide and protect. And there you have it, a dog who feels he’s responsible for the protection of his pack members. He becomes the leader, and you become the follower. And now, you have a reactive dog. One who lunges at other dogs and people, pulls on the leash, and blows you off on walks.

Don’t get me wrong! Affection isn’t the devil! But it must be given at the right time, when it’s earned, not demanded. Great times to give your dog affection are when he’s successfully completed a walk, comes to you when called, or gives you space when you ask for it. At that time, INVITE your dog to come to YOU, not the other way around. Ask him to sit, and then give him meaningful affection such as a nice massage around his ears or chest. Skip the baby talk, which can take him from calm to excited in a split second. Make this all about rewarding and nurturing compliance and respect.

Don’t get caught up in a 20-minute love fest! Keep these affection sessions brief. When you decide to end this exercise, YOU should be the one to walk away. If your dog comes back in for more, look at this as a demand and don’t give in to it. Remember to take into account what state of mind your dog is in before giving him affection. If he’s acting nervous or being reactive, you’ll inadvertently nurture those behaviors if you respond with affection. Take this into account each time you pet your dog!